Springtime means new baby birds. But before their eggs can be laid and hatched, bird parents must find or build nests. Bird nests vary greatly from species to species, and watching and learning about them can be quite fascinating.

Nests come in a variety of shapes, sizes, locations, and materials. They can be found on a number of substrates (the surface to which the nest is attached), including in trees, on the ground, and even on the edges of cliffs. (One famous cliff-nester, the Peregrine Falcon, has even been known to build nests high on the ledges of downtown skyscrapers). Your house could also be a substrate, since birds often build nests on ledges or in hanging planters.

Birds use a variety of materials for their nests, including sticks, leaves, fibers, spider webs, and other found materials such as dryer lint, threads, Styrofoam, and fishing line (which can be dangerous if not disposed of properly, as the baby birds can get tangled up in it.) Other species make nests out of mud, which hardens as it dries. There are also some species that don’t actually construct nests, but instead look for hidden, hollowed-out places like tree cavities (e.g., woodpeckers and bluebirds) or rock crevices (e.g. Canyon Wren). Burrowing Owls, a threatened species in Colorado, build their nests in abandoned prairie dog burrows.

Not only does nest construction vary among species and regions, but their timing often differs, as well. Here in Colorado, songbirds typically won’t start building their nests until April, but many raptors begin earlier since they’re larger and have longer incubation periods. Timing also depends on where the birds come from. Some migratory birds, since they’re traveling in early spring, build their nests later than year-round residents, although there are exceptions. The Lesser Goldfinch, for example, lives in Colorado year-round but doesn’t breed until later in the summer because that is when their main food source, thistle, is plentiful. Courtship rituals can also play a role in nest building for some species, as males compete with each other to attract females based on who has the better nest. In other species, couples will cooperatively build nests together. Some birds, like most songbirds, build new nests each spring. Others, like the Bald Eagle and Great Horned Owl, will re-use nests from previous years. A few species, such as House Sparrows, will often take over nesting sites of other birds, although they can build their own nests as well.

Who Made That Nest?

With so many types of nests, identifying the species associated with them can be tricky. Fortunately, there are a number of helpful resources online. How to Search for Raptor Nests is a publication from Colorado Parks and Wildlife (CPW) that provides photos, descriptions, and a handy chart listing the nest type, substrate, and habitat for each Colorado raptor species. Colorado Outdoors magazine also has some helpful articles in their blog. Another excellent resource, although not specific to Colorado, is the Cornell Lab of Ornithology’s Nestwatch website. This site can help you identify bird nests based on geographic region, habitat, location, nest type, and other characteristics. You can also contribute your observations. Citsci.org, sponsored in part by Colorado State University, is another site that you can use to contribute your observations. Currently, the site lists Colorado citizen science projects that observe the nests of Brown-capped Rosy-Finches and Bald Eagles.

Don’t be fooled by nests built by other species. Squirrels, for example, will construct nests (known as dreys) high up in trees using twigs and leaves. Dreys can look similar to bird nests, but they’re usually quite a bit larger.

Occasionally, you might find a baby bird outside its nest. Unless the bird is visibly injured – in which case it should be transported to a licensed wildlife rehabilitation center – it is best to leave the bird where you find it. If you move the bird, the mother may not realize it and will become distressed. In many cases, birds may simply be fledging (exploring and learning to fly and survive on their own), with their parents nearby. CPW’s publication Hearken! It’s Spring! notes that “wildlife mothers are devoted to the survival of their offspring. Because she must feed herself [and] find food for her young, the mother must leave her babies from time to time. But she knows exactly where they are; wildlife mothers simply do not lose or abandon their offspring.” By removing a baby animal from the proximity of its home, even with the best of intentions, you may be doing more harm than good. For more information, see CPW’s Spring Wildlife Advice website, which includes a link to a video on the importance of leaving wildlife alone.

Occasionally birds will build nests in inconvenient places, such as on a door. If you wish to remove a nest located on your property, or cut down a tree that contains a nest, you may do so as long as the nest is empty and not actively being used. However, if the nest contains eggs or hatchlings, it is protected under the Migratory Bird Treaty Act and must be left in place unless a Federal permit is obtained.

Where to Watch Nesting Birds

If you enjoy birds and want to attract them to your backyard, consider providing a place for them to nest. Bird houses, when kept tidy, provide excellent places for songbirds to nest. Likewise, nest boxes are another option. For example, CPW has information on their website about how to build a nest box for Northern Flickers, a species of woodpecker. Bird houses and nest boxes should be cleaned thoroughly at the end of the nesting season to prevent diseases and parasites from affecting future nests.

If you aren’t lucky enough to have bird nests in your backyard, there are still plenty of places around Colorado where you can go to see bird nests. Barr Lake and Chatfield State Parks are two locations in the Metro Denver area that are home to a variety of nesting birds. Many other State Parks also offer opportunities to view nests. St. Vrain State Park is the only known nesting site for Great Egrets in Colorado, according to CPW. Owl nests can frequently be found in Highline Lake, Cherry Creek, and Lake Pueblo State Parks. Hawk nests are also common at Lake Pueblo. At Yampa State Park, you can see eagle and heron nests. Sandhill Cranes nest at Steamboat Lake State Park. Ospreys, which build their nests on top of posts and poles, nest in Vega State Park. And a variety of shorebirds nest at John Martin Reservoir State Park. Check out CPW’s Colorado Birding Trail website for more great birding locations. Caution: Only watch nests from a distance. Don’t touch the birds or pull down on branches to look into nests. If you get too close, you not only risk distressing the birds, but you could also inadvertently bring predators’ attention to the location of nests. 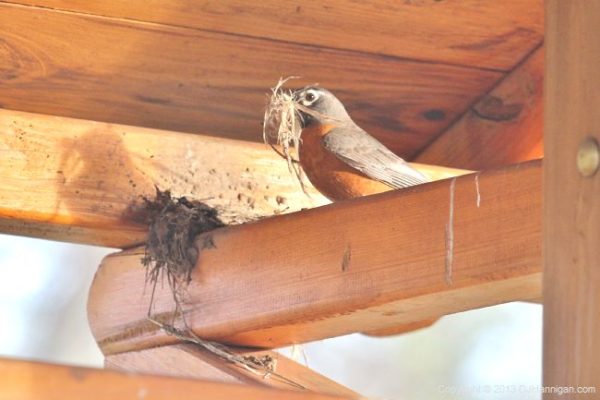 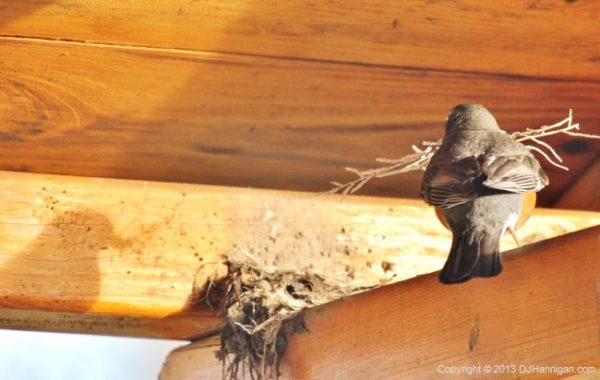 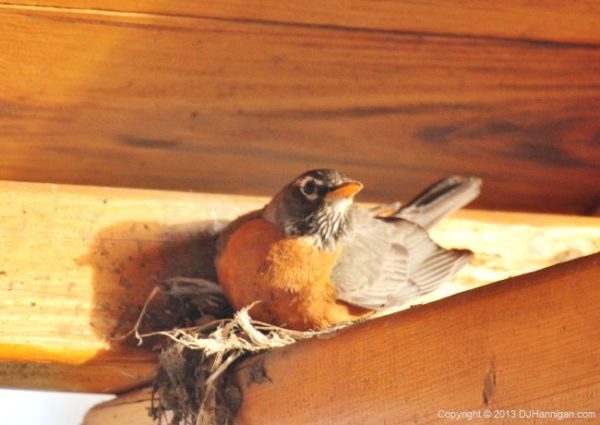