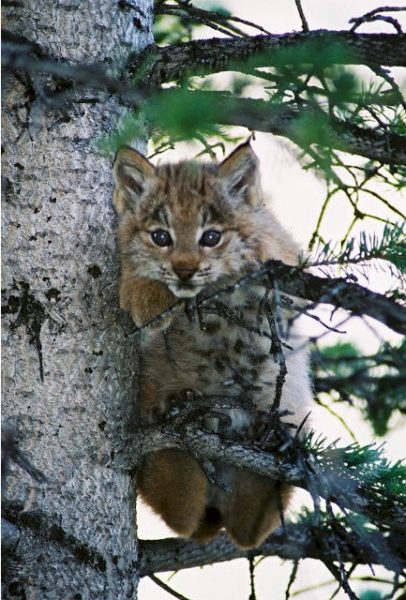 In 1999 and 2000, Colorado began a program of reintroducing lynx into the mountains. Over the past twenty years, the project has had both challenges and successes, and lynx conservation continues to be a hot topic in Colorado wildlife policy.

Colorado has three native feline species – the mountain lion, the bobcat, and the lynx. Mountain lions are the largest of the three. Bobcats and lynx are more closely related to one another, sometimes making it difficult to tell them apart. There are a few differences, however. Bobcats’ fur has more reddish tones, and lynx have longer ear tufts. Lynx also have much larger paws than bobcats. The large size of their paws allows them to function like snowshoes. (See Colorado Parks & Wildlife’s Identifying a Lynx page for more detail.)

Despite being native species, lynx were never especially common in our state, yet they were not rare, either. But as Colorado’s population expanded, many lynx were trapped or killed as nuisances; others succumbed to habitat loss. These factors affected bobcats as well, but bobcats proved more adaptable because they range over a larger geographic area, and tend to eat a wider variety of prey.

In 1973, lynx were added to the state’s Endangered Species List. In the mid-1990s, the Colorado Division of Wildlife began planning a major effort to reintroduce the species, which had been almost completely wiped out. For the first release in 1999, forty-one lynx were brought into Colorado from remote areas of Canada and Alaska. Fitted with radio collars, they were released in Colorado’s south-central mountains. Nine of the animals died that first year, mostly from starvation, with two killed by vehicles on I-70. Yet despite these losses, the fact that most of the animals did survive allowed the Division of Wildlife to continue with the reintroduction program. In 1999 and 2000, a total of ninety-six lynx were released. By 2002, about forty-three of these had died, according to an update issued that year. Some were killed by hunters and traps, so the Division issued guidelines on how to avoid accidentally killing, injuring, or capturing lynx.

Several reports and updates on the lynx project were issued in the following years, which can be accessed from the State Publications Library. In 2002, the Division of Wildlife issued a lynx conservation plan. An additional seventy animals were released, their locations shown in a series of maps issued as part of a 2005 report. Also that year, the Division released research on lynx in the area around Wolf Creek Pass. At the ten-year mark in 2009, another update was issued, this time showing that about half of the 218 lynx released up to that time had died. Over a hundred kittens had been born, however, which helped stabilize the numbers. A 2010 fact sheet highlighted the successes of the program: as time went on, survival rates increased and lynx were able to successfully reproduce.

Now, with another decade gone by, Colorado Parks & Wildlife continues to monitor the state’s lynx populations. For further information on Colorado’s lynx and the reintroduction program, search the State Publications Library’s online catalog and visit Colorado Parks & Wildlife’s lynx reintroduction webpage. In addition, younger readers can learn about lynx in the publications Lynx: Return of the Shadow Cat and Return of the Snow Cat: The Reintroduction of Lynx to Colorado. 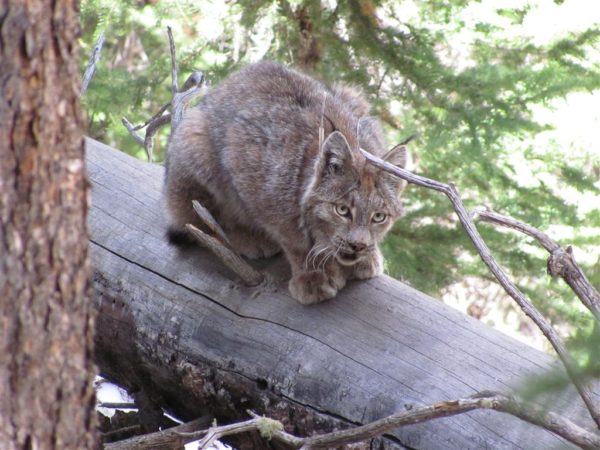