Libraries, museums, archives, and historical societies around the state hold amazing treasures in their collections, each contributing to the fabric of Colorado’s story. For the Colorado’s Most Significant Artifacts campaign, collecting institutions were invited to nominate one outstanding artifact from their collection. A panel of experts had the difficult task of narrowing the nominations down to ten. Now, it’s your turn — through August 23, you can cast your vote for your favorite.

Colorado’s Most Significant Artifacts began in 2013 as a project of the Colorado Connecting to Collections grant program. This year, it has been revived by History Colorado. On their website, you can read stories about the winners and nominees from past years. Colorado’s Most Significant Artifacts 2013 and 2014, a booklet detailing the first two years of the program, is also available for checkout from our library. 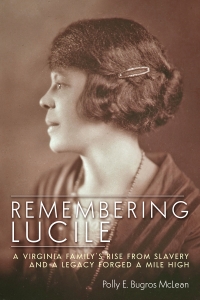 Each of this year’s nominees tells a unique story. For instance, in 1918 Lucile Berkeley Buchanan Jones became the first female African American to graduate from the University of Colorado — although she was not allowed to participate in graduation ceremonies. Eventually becoming a teacher, Jones – who lived to age 105 – witnessed the struggles for equality for both African Americans and women throughout her lifetime. The shoes she wore to her wedding are among this year’s artifacts. Jones’s story was recently published in the book Remembering Lucile, which can be checked out from our library.

A poster advertising Dearfield, Colorado, an African American farming community, is another of this year’s nominees, as are documents from the Mexican Land Grants. These artifacts tell the story of how diverse groups came to make their home in Colorado. Colorado’s Jewish community is also represented in this year’s nominees, which includes a ledger book from National Jewish Hospital that dates back to 1899. Thousands came to Colorado seeking a cure for tuberculosis; you can learn more about the Jewish community’s efforts to help those suffering from the disease in the book Blazing the Tuberculosis Trail: The Religio-Ethnic Role of Four Sanatoria in Early Denver, also available for checkout from our library.

Travel and tourism have always been important aspects of life in Colorado, and several of this year’s nominees look at the importance of tourism in our state. In the early 1900s, Eben G. Fine lugged projection equipment around the country to showcase Colorado’s scenic beauty; his stereopticon trunk is one of the artifacts you can vote for. Also among the nominees are the Colorado summit registers. Dating back to the early 1900s, these registers were placed on Colorado’s peaks by the Colorado Mountain Club in order to record the names of individuals who summited the peaks. Another nominee is an 1890s stagecoach, which carried travelers across rural areas of Colorado. 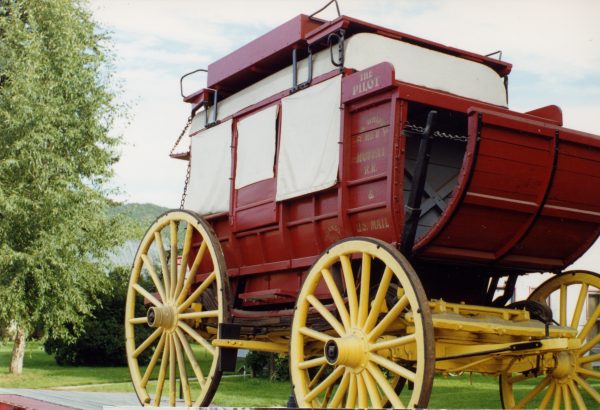 The diary of an eyewitness to Pearl Harbor; a scrapbook documenting the women’s suffrage movement; and the home of Colorado’s Titanic heroine round out this year’s incredible artifacts. Vote for your favorite today!