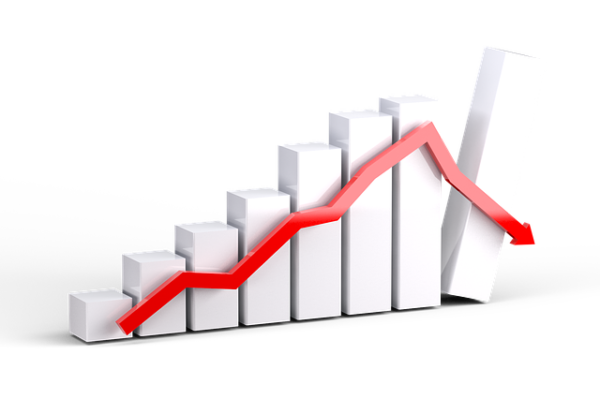 Colorado has weathered many economic crises, from the Panic of 1893 to the Great Recession of 2007-2009, and now, the COVID-19 pandemic has brought about another economic downturn for our state. Along with economic downturns comes increased unemployment, as we have certainly seen with the current situation. Here is a look at some of the State of Colorado’s unemployment programs and policies, as well as how the State dealt with some of the other downturns in recent decades.

State and federal funds are available to provide unemployment benefits to Coloradans. “The Colorado UI program operates under a federal-state partnership and provides temporary income support to workers who have become unemployed through no fault of their own,” explains the Colorado Legislative Council Staff in a recent Issue Brief. “Unemployment insurance acts as a countercyclical measure during periods of economic weakness, helping to stabilize aggregate spending and mitigate economic decline.” The Issue Brief provides background on Colorado’s UI program, its funding, solvency, and a comparison of UI benefits under the Great Recession a decade ago and COVID-19 today.

Colorado’s UI program is administered by the Colorado Department of Labor and Employment (CDLE); see their website for helpful resources including a guide to unemployment benefits. CDLE also publishes a monthly statistical update, Colorado Employment Situation, providing data on Colorado employment rates from 2009 to the present.

Unemployment During the Great Recession

Colorado also received significant federal stimulus funding during the Great Recession. Information these funds is summarized in Legislative Council’s 2009 Issue Briefs on stimulus funding for energy conservation and efficiency projects and for transportation and transit projects. The State published numerous reports on its use of American Recovery and Reinvestment Act (ARRA) funds; search the State Publications Library web catalog for links to reports.

Longtime Coloradans will also recall a period of high unemployment and hiring freezes in the early 2000s. The problem was significant enough that Colorado State University’s Family and Youth Institute produced a publication with tips on Coping with Unemployment. During this period, CDLE provided analysis in Slower Labor Force Growth to Keep Pressure on Jobless Rates (2001); Is Colorado’s UI Financing Structure Still Adequate? (2003), and Layoffs and the State Unemployment Rate (2003). And Legislative Council offered information in their Issue Brief, Federal Unemployment Assistance and the Reed Act Distribution of 2002.

Tough economic times are nothing new to Colorado. A century ago, the state’s economy was closely associated with the mining industry, and the repeal of the Sherman Silver Purchase Act in 1893, coupled with a nationwide financial panic, devastated the Colorado economy for several years. In the nineteen ‘teens, the state experienced a high rate of unemployment in the state’s coal mines – a major employer – due to labor strikes and unusually mild winters during which demand for coal decreased. In 1915 the State established a Committee on Unemployment and Relief, the report of which can be accessed online from the State Publications Library.

The 1930s, of course, brought the Great Depression. Publications that discuss some of the relief programs from this period include an audit of the Colorado Emergency Relief Administration (1936); Social Welfare in Colorado (1934-35), which included unemployment statistics; and the WPA Worker, a magazine which offered a look at Works Progress Administration programs for unemployed Coloradans. The Great Depression’s legacy still exists today. “The Social Security Act of 1935 directed the establishment of Colorado’s unemployment compensation program,” reports CDLE’s website. “The Colorado Employment Security Act, known as CESA, is Colorado’s law that provides for the administration of the state’s unemployment insurance program.”

Colorado again experienced periods of high unemployment later in the century. The 1970s and early 1980s, especially, saw a period of deep economic recession. The State Publications Library’s print collection includes numerous reports from this period; search the keywords “unemployment” and “economic conditions” in the library’s online catalog for titles.