This is a guest post contributed by Katherine Weadley, Regional Consultant for Northeastern Colorado at the Colorado Library Consortium (CLiC).

It’s a rare occurrence but two trustees were awarded the Outstanding Trustee of the Year award by the Colorado Association of Libraries (CAL) Award Committee. For 2019 the winners are: Ruth Powers of Eagle Valley Library District; and, posthumously an award goes to Lanny Carleton Clary of Northern Plains Public Library in Ault.

Every year the CAL Award Committee chooses an outstanding Library Trustee of the Year to honor at its annual convention in the fall. CAL recognizes the important work that trustees do and celebrates their accomplishments with this award. The two winners are described below with excerpts from the letters of support that were written as part of their nomination.

“On the Board of Trustees, she maintains a very congenial and collegial atmosphere at meetings. She sets an example of how to respectfully and fully express and discuss differences of opinion to find common ground and/or be persuaded. She conducts our meetings efficiently and is a great consensus builder who is always willing to consider opinions that differ with her own. Ruth is a consistent patron of all three Eagle Valley Library District libraries and a champion of them in the community.”

Lanny Clary was nominated by Northern Plains Public Library Director Laura McFarland. He passed away on May 1, 2019.

“During his 20 + years of serving on the Northern Plains Public Library (NPPL) Board of Trustees, Lanny Clary was a pillar of the community, ceaselessly fighting for NPPL. As Board President, Mr. Clary recognized the need for additional library service and has been planning to double the size of the Northern Plains Public Library. A project that will live on after his passing. He cared about the library so much that despite receiving a terminal diagnosis, Clary attended Board Meetings and participated in library business till he entered hospice care.”

The CAL Awards Luncheon is Friday, Sept. 20th, at the Embassy Suites Conference Center in Loveland. The event is from 11:45am to 1:15pm. For more information and to register, visit the CAL Conference website. For questions about CAL Awards please contact CAL Awards Chair Katherine Weadley. 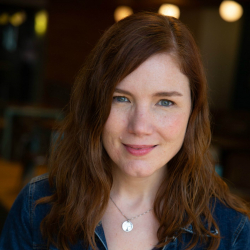