Primary sources are original items or records that have survived from the past, such as clothing letters, photographs, and manuscripts…they are part of a direct personal experience of a time or event. Primary sources are the raw materials of history — original documents and objects which were created at the time under study. They are different from secondary sources, accounts or interpretations of events created by someone without firsthand experience (from The Library of Congress).

Why Use Primary Sources?

Primary sources provide a window into the past and unfiltered access to the record of artistic, social, scientific and political thought and achievement during the specific period under study, produced by people who lived during that period. Bringing young people into close contact with these unique, often profoundly personal, documents and objects can give them a very real sense of what it was like to be alive during a long-past era.

Where Can I Find Digital Primary Sources? 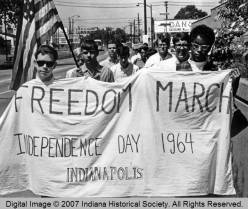 The Teaching with Primary Sources Western Region and the TPS Teachers Network at the Metropolitan State University of Denver are hosting a series of professional development webinars starting Tuesday, March 31, 2020, and going until Thursday, May 14th, 2020.

Each webinar will be from 4:00 – 5:00 pm (Mountain Time) on Tuesday, Wednesday, and Thursday. All webinars are recorded and can be viewed at TPS Series. If you do not have a teacher account, you will need to create a free account to access the webinars and resources. Look for the Join the Network button. Once you are logged in, access the webinars at TPS Series or you can search for “Primary Sources and Teaching Online” to find the recorded series.

Webinar Series includes topics such as Primary Sources and – Using Padlet, Screencastify, Adobe Spark, Pear Deck, Google Classroom, and so much more! You can also subscribe to the TPS YouTube Channel to find these recordings!

Hawaii  Index to the Honolulu Advertiser and Star-Bulletin, 1929-1969