Where: Born in Holland, Vermont, moved to Kansas and then to Colorado 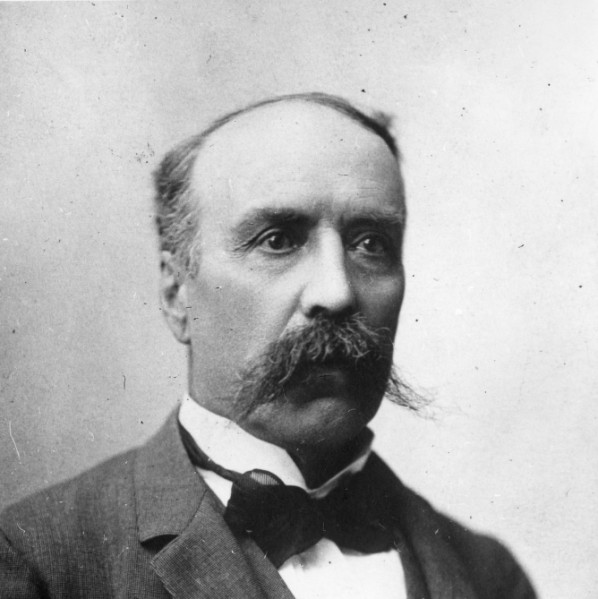 Why Important: Horace was a hard working person who rose from a stone-cutter to become one of Colorado’s wealthiest men.

Horace Tabor was born in Holland, Vermont on November 26, 1830. He grew up to become a stone-cutter. He married Augusta Pierce and the two moved to Kansas to farm. In 1850, Augusta, Horace, and their son Maxey moved to Colorado to mine for gold.

Horace mined at California Gulch while Augusta ran a shop, cooked, and took in boarders. They made a good amount of money with the shop, but Horace wanted more. He moved the family to Leadville. Augusta opened another shop and Horace became postmaster. One day Horace gave supplies to two miners in exchange for one third of their profit. The miners struck silver and the Tabors became rich!

In 1879, Horace moved his family to Denver. He started several mining companies and spent a lot of money.1“The Mines.”Leadville Weekly Herald, October 9, 1880. CHNC He also donated money to build the Tabor Grand Opera House. He became Lieutenant Governor and a Senator. Augusta was unhappy with Horace’s spending. She believed that they should save money. Their marriage fell apart and Horace divorced Augusta in 1883. He then met and married Elizabeth “Baby Doe” McCourt 2“The Washington Wedding.” Leadville Daily Herald, March 6, 1883. CHNC; they became known as “The Silver King and Queen.”

Many people thought Horace’s divorce was scandalous and disapproved of the Tabors.3Colorado Transcript, October 17, 1883. CHNC However, they had a loving marriage and two daughters, Elizabeth Bonduel “Lily” Tabor and Rosemary “Silver Dollar” Echo Tabor. The Tabor mines made millions of dollars. This allowed the Tabors to travel, wear expensive clothing, and attend grand parties.

However, their wealth disappeared in 1893 with the Silver Crash and economic depression.4 “It Tells the Story.” Aspen Evening Chronicle, August 21, 1893. CHNC  The family lost their wealth and had to sell their mansion. Horace died in 1899, wrongly insisting that his mines would be profitable again.