I recently came across some troubling news. According to a Federal Communications Commission (FCC) report released in January, 17% percent of all Americans and 53% of rural Americans do not have broadband access at what it defines as necessary speeds. (See the PDF of the full report.)

Even more startling is that 71% of Colorado’s rural areas do not have broadband access at necessary speeds. I was shocked to read this. Then I looked to see what the FCC defined as adequate speeds and the picture became even more discouraging.

The FCC defines broadband speeds of 25 Mbps for downloads and 3 Mbps for uploads as the speeds that are necessary to accommodate increasingly bandwidth-intensive demands like video, which is the dominant broadband application. In fact, video accounts for 63% of internet downloading and streaming, and streaming a video requires from 5 to 25 Mbps.

The FCC figures that a household needs more than 10 Mbps in order to participate in an online class, download files, and stream a movie at the same time, or to view two high definition videos on separate devices at the same time, or to stream one 4K (aka UltraHD) television service. However, the average American household with children has more than four people using seven Internet-connected devices on a shared, broadband network. Mathematically speaking, 25 Mbps/3 Mbps is barely adequate, and yet most rural households don’t even have access to those speeds.

Rural and urban folks alike want 25 Mbps/3 Mbps broadband service. When rural Americans have access to this service, they adopt it at the same rate as urban Americans. Yet it’s clear that the deployment of advanced telecommunications services is lagging far behind in rural areas at a time when broadband access is a crucial public utility.

I can’t buy 25 Mbps/3 Mbps in the rural community where I live. The lack of infrastructure for broadband in rural areas and the monopolies held by some internet providers keep rural communities at slower speeds.

So, how do libraries fit into this picture?

Rural libraries are the anchors in our communities. By championing the cause of affordably expanding bandwidth, we help our communities access employment and career information, certification and testing resources, online job applications, skills training, and entertainment.  We get our communities online not just for the sake of promoting access to library resources, but also to establish rural communities as places of technological advancement.

There is an outstanding capacity for innovation in rural America. Folks in rural areas have demonstrated the capacity to imagine the advancements of tomorrow. Rural libraries must be able to equip our communities with the tools they need to bring their ideas from conception to fruition. At a time when access to adequate broadband in rural areas is far below the national average, libraries play an even greater role in providing this necessary infrastructure. 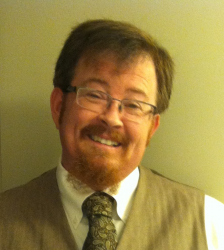