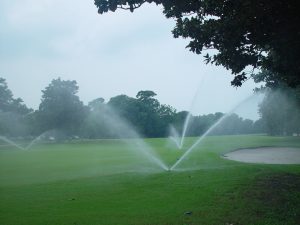 In 1999 the Colorado Legislative Council published an Issue Brief entitled Finding Water for One Million New Residents. It reported that in 20 years the population of the Northern Front Range – including the counties of Adams, Arapahoe, Denver, Douglas, Jefferson, and Larimer – would grow to 3.5 million people, and that one of the major issues associated with this population growth would be how to supply water to all the new people moving in.

So before we get to the water issue, let’s take a look at the population figures. Were the 1999 predictions accurate?  Using population figures from the State Demography Office, we can see that in 1999 the combined population of those six counties was 2,311,420, and their combined population in 2016 (the most recent year available) was 3,066,923 – a difference of 755,503. Not quite a million. However, given the intense growth that has happened since 2016, if we look at the Demography Office’s projected populations for those counties in 2019 – the 20 years since publication of the Issue Brief – the six counties’ combined population is expected to be around 3,217,133. That’s 905,713 more people in the Front Range than in 1999. And if we count Boulder and Broomfield counties into the mix – which were not counted in the 1999 report, but today considered by most to be a part of the Front Range – we’re definitely on track to have a million new residents between 1999 and 2019.

Now to the water issue. David Beaujon writes in the 1999 Issue Brief that “of Colorado’s seven river basins, only the Colorado River Basin has a significant amount of surplus water that could be developed for use in the Denver metropolitan area,” but cites possible federal policy changes, water projects, and transbasin diversions as potential challenges to obtaining this water. Another possible source, the Denver Basin Aquifer, “offers protection against extended droughts and a temporary water supply for rapidly growing municipalities until other supplies can be developed.” However, water in the aquifer “is essentially nonrenewable, and well pumping can exceed the natural rate of recharge from rain and snow, which is often less than an inch per year,” cautions Beaujon. Finally, other options are discussed, such as water reuse and transfers of agricultural water rights. Both of these options, however, present challenges to the agricultural economy, either by reducing the amount of lands under irrigation, or by reducing streamflow, explains the Brief. 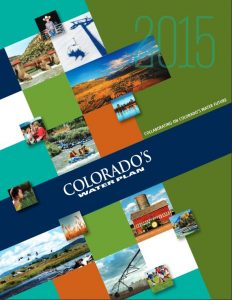 So how has the state dealt with these challenges since 1999, and what does the future hold? In 2015, the state issued its official Water Plan. The nearly 600-page document (which you can also check out in print from our library if your eyes can’t take that much screen reading) discusses the supply and demand challenges for each of Colorado’s seven basins and how the state is planning to address future need.

Here are some other helpful publications that address the issues of water supply and population growth in the Front Range: