Over the last century, as Colorado’s population has grown and development has increased, wildlife has been affected.  Additionally, new scientific evidence on wildlife has been gathered.  Birds have long been among Colorado’s most popular “watchable wildlife” and an 1897 publication available from our library highlights the birds that could be found in our state back in that era.

The Birds of Colorado was published by the Experiment Station of the State Agricultural College (now Colorado State University).  The publication “is designed to set forth our present knowledge of the distribution and migration of Colorado birds.  There is also included a bibliography of the subject and an historical review of the progress of ornithological investigation in this State.”  Updates to the publication were done in 1898 and 1900. 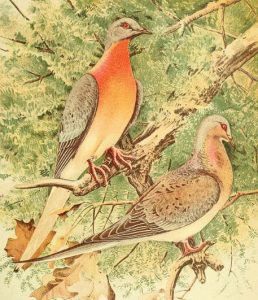 According to the 1897 publication, there were 360 known species of birds in Colorado that year.  A description is given of each one.  Today the Colorado Field Ornithologists reports that there are 498 known species of birds in our state.  Notably absent from the 1897 list is the passenger pigeon, which became extinct in the wild in the United States in 1900 (the last one died in captivity in 1914), so apparently by this time it had already vanished from Colorado.

Over the past century the State of Colorado has published many resources on Colorado birds.  Some of the documents you can find in our library include:

…and many, many more resources on specific species, geographic locations, etc., so be sure and search our library’s web catalog for additional resources.