A century ago much of Colorado was dotted with grain elevators, silos, and other agricultural structures. They were found on both the Eastern Plains and the Western Slope. Today many of these have been lost, but efforts are being made to preserve and reuse some of these structures. 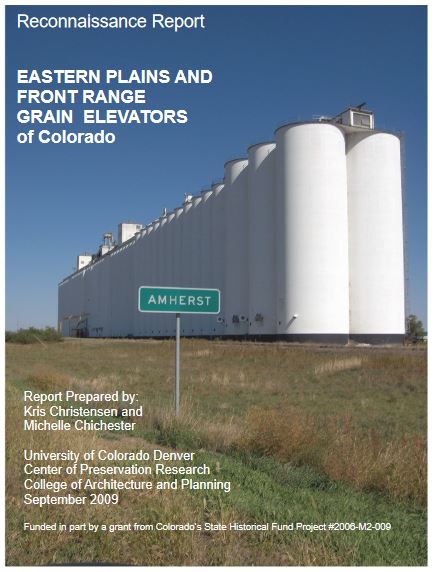 Grain elevators and silos were built for storing and sorting grain and feed products, as well as for readying the products for transport and distribution. Some were constructed on individual farms while others were commercial elevators that served agricultural cooperatives. From 2006 to 2009, the Center for Preservation Research at the University of Colorado Denver’s School of Architecture and Planning undertook a study of surviving grain elevators in Colorado:

Grain elevators are one of the most iconic of all structures on the plains of the United States and Canada. They not only contribute to the economies of rural communities, but also serve as way finders in sparsely settled areas. Colorado boasts a variety of types of grain elevators, many of which face threats due to changes in agriculture that have resulted in abandonment, demolition or neglect.

The study, financed by the State Historical Fund, resulted in two reports, a historic context and a reconnaissance survey. These reports provide valuable information on the condition and status of some of the remaining historic grain elevators in Colorado, as well as helpful background on the history of these structures. 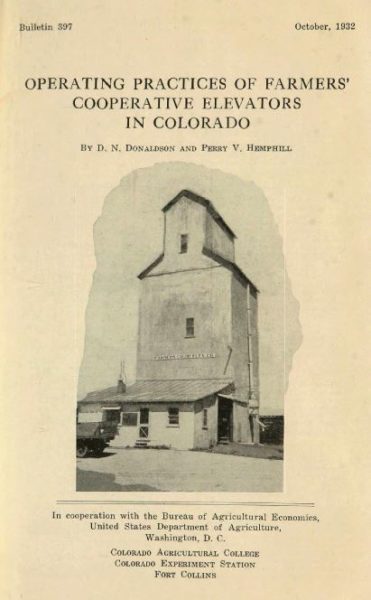 How were silos and grain elevators used historically? In the State Publications Library’s digital collection, researchers can find several pamphlets from the early 1900s that were produced by the State Agricultural College to aid and instruct farmers. These include

Several of Colorado’s historic silos and grain elevators have received historic designations. Agricultural Properties in the Colorado State Register of Historic Properties is a helpful guide listing these structures and providing historic context. However, this publication dates from 2006, so be sure to check the current list of National & State Register properties for newer listings.