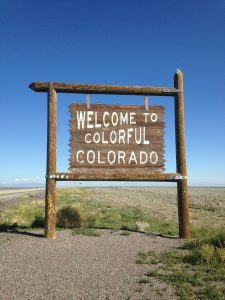 Did you know that the name of Golden has nothing to do with gold? What name is Calhan a misspelling of? How many ladies in Park County could the town of Alma have possibly been named for?

You can also find information on Colorado place names in the Year Book of the State of Colorado, available online from our library. For example, the 1940 yearbook contains some history on the naming of Colorado’s mountain passes. The 1918 yearbook contains descriptions of each Colorado county, which include background on the origins of the county names or those of locations within the county.