In 1926 the State Agricultural College (now Colorado State University) published a history of Colorado agriculture.  This tome, at over 600 pages, explores Colorado’s agricultural industry beginning in 1858.  As was common for the day, the book has a rambling title:  History of Agriculture in Colorado:  A Chronological Record of Progress in the Development of General Farming, Livestock Production and Agricultural Education and Investigation, on the Western Border of the Great Plains and the Mountains of Colorado, 1858-1926, and was “Published in Honor of the Fiftieth Anniversary of the Admission of Colorado to the Union.”  Although much of Colorado’s early economy was tied to mining and railroads, agriculture still contributed a significant portion of the state’s economic resources.  The State Agricultural College was founded as an agricultural land grant school.

The 1926 book, which can be viewed online via our library, starts with a discussion of the earliest pioneer farmers in Colorado territory and early statehood.  One chapter discusses “The Settler and the Indian.”  Later chapters explore economic development, research and experimentation, and specific industries such as sugar beets.  Colorado State University continues to this day as Colorado’s ag school, housing the Colorado Extension, the Agricultural Experiment Station, and several agricultural economics programs. 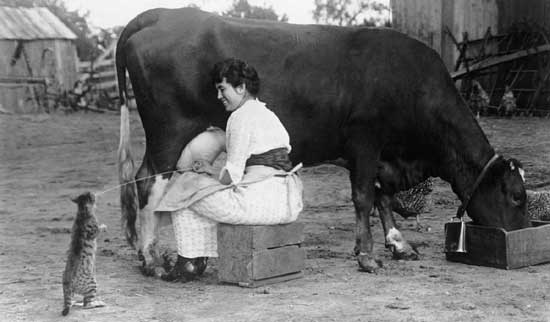