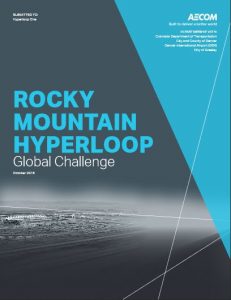 Travel between Denver and Boulder in just 8 minutes?  It could become a reality.  Yesterday the Colorado Department of Transportation released plans to study the Hyperloop system, a high-speed track system where cars are loaded onto pods and pushed through vacuum-sealed tubes at a speed of 670 miles per hour.  CDOT says a half-mile test track will be built alongside E-470 near Denver International Airport.   You can read more about this futuristic transportation system in CDOT’s Hyperloop One report/proposal.  See also this CDOT video about Hyperloop.

Autonomous vehicles are also on the horizon.  Over the past year CDOT has been testing self-driving work zone trucks and other innovations as part of its RoadX program.  CDOT put together this video demonstrating the world’s first self-driving work zone vehicle.  Check out CDOT’s RoadX webpage for more information and videos.