A recent article in The Denver Post suggests that the new “Come to Life” ad campaign significantly boosted Colorado’s tourism revenue, which you can read about in a new study conducted for the Colorado Tourism Office.  The study is cited in a Post blog posting, which highlights today as “tourism day at the Capitol.” 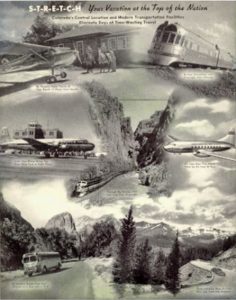 Colorado has promoted itself since its earliest days.  The Colorado State Archives has a great online tourism webpage with examples of older promotional materials (such as the “Colorado, Top of the Nation” poster above), postcards, a history of state tourism agencies and efforts, and more.