Colorado’s history and places were shaped by people of many different ethnic and cultural backgrounds.  A book from University Press of Colorado entitled Enduring Legacies:  Ethnic Histories and Cultures of Colorado (available for checkout from our library) explores the stories of various ethnic groups in the state of Colorado.  The book includes chapters from various authors, each telling a story of a particular ethnic or cultural group.  Topics include: 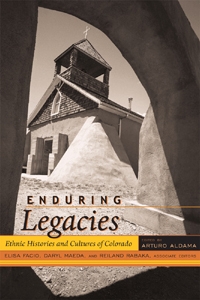 Our library also offers numerous other ethnic and cultural histories of Colorado.  Some highlights include: