In 2018, distracted drivers caused 15,673 vehicle crashes in Colorado, resulting in 53 deaths. In a recent survey by the Colorado Department of Transportation (CDOT), 33% of respondents admitted to sending a text, email, or social media message while driving during the week prior to the survey. 48% said they read messages while driving. Yet the most common distracted driving behavior was selecting entertainment on a device (71%). Eating food was also high on the list of distractions (65%). Other common distractions included entering information into a map system/GPS and managing children or pets. Fewer drivers said they engaged in grooming behaviors like shaving or makeup, or read print maps or newspapers. The results also show that more drivers now use hands-free systems to talk on their cell phones while driving. 63% of drivers said they used a hands-free system while 51% say they talk on a handheld phone while driving. Of those 51%, however, 29% say they rarely engage in this behavior. 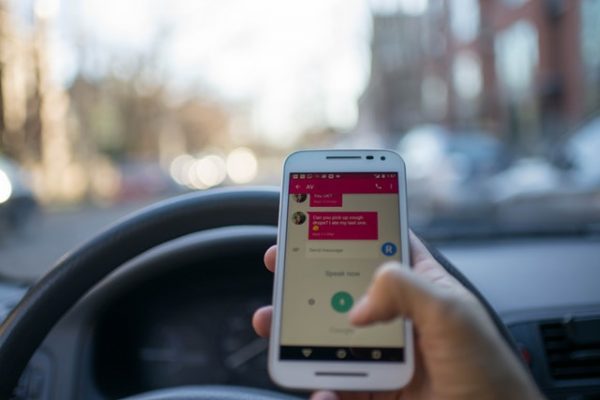 These results show that the majority of drivers in Colorado often use their cell phones or devices in one way or another while driving. Texting while driving is illegal in Colorado for all ages, and drivers under 18 are prohibited from using cell phones while driving. For more details on the laws in Colorado, see the Colorado Legislative Council’s Colorado Motor Vehicle Law Resource Book and their Issue Brief, Distracted Driving Laws in Colorado. For information on teaching teen drivers about distracted driving, see the Parent’s Supervised Driving Guide (Colorado Division of Motor Vehicles) and CDOT’s Colorado Teen Driving website.

Additionally, CDOT’s Distracted Driving website includes facts and resources to help educate all drivers about the importance of staying focused while driving. The site includes links to several apps that can detect when the user is driving and either block phone usage, monitor usage habits, or send out automatic replies to texts with messages like “I’m driving right now, I’ll get back to you later.”