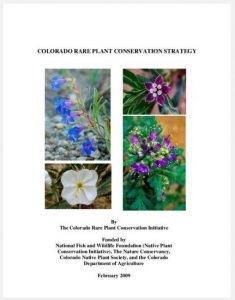 Endangered species conservation isn’t just about animals — plant species often become rare and endangered as well.  Colorado is home to a number of rare plants that various state agencies, including the Colorado Department of Agriculture, the Colorado Department of Natural Resources, and Colorado State University’s Colorado Natural Heritage Program (CNHP) have been working to conserve.  In our library you will find a number of resources that detail what Colorado is doing to conserve rare plants.  (Publications without hyperlinks can be checked out in print).

In 2008 the CNHP held a series of Rare Plant Conservation Workshops.  Reports on the workshops, and their resulting Conservation Action Plans (2011), are available for our library for

Action plans for other areas include:

CNHP has also conducted many Rare Plant Surveys for locations around Colorado.  Survey reports are available from our library, including: 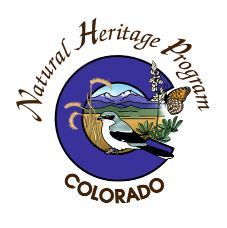 Reports of specific rare plants have also been prepared by CNHP:

For basic reference on Colorado plant species, see these books from University Press of Colorado:

And finally, for a comparison and to see how plant species may have changed over time, see the 1906 Flora of Colorado from the Colorado Agricultural Experiment Station.