It is becoming increasingly popular to produce one’s own food or buy products directly from farmers and other producers.  Many cities such as Denver now allow residents to keep chickens, goats, and bees, to produce fresh eggs, milk and cheese, and honey.  Others have signed up for cooperatives where they can buy fresh milk direct from the farm.  There are health concerns to be aware of when buying or producing such items, however; for example, the milk is unpasteurized. 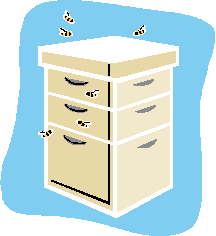 To address the safety concerns stemming from the increasing popularity of home-produced foods, the Colorado legislature passed the Colorado Cottage Foods Act in 2013.  If you’re interested in either buying or selling these types of products, it’s important to become familiar with the rules set forth by this law.  The Colorado Department of Public Health & Environment (CDPHE) has produced a Fact Sheet on the Colorado Cottage Foods Act that contains answers to many common questions, such as labeling, and lists what foods can be legally bought and sold under the Act.  The CDPHE has also issued a producer brochure and an eligibility checklist.