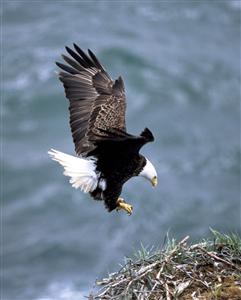 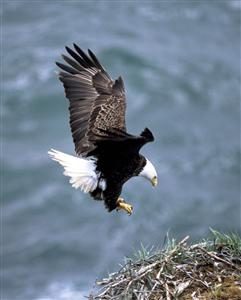 A bald eagle who supposedly flew from the Rocky Mountain Arsenal wildife refuge has landed in Denver’s City Park, where there have been multiple confirmed sightings of the male raptor.  Denver’s largest park offers many hunting opportunities for the eagle, including geese, rodents, and fish in the park’s lakes.  (So be sure and watch your small pets).  Bald eagles are listed as a “species of special concern” in Colorado.  It was considered endangered until 2007, when its status was downgraded to “threatened.”  The Colorado Division of Parks and Wildlife estimates that there are approximately 120 eagle nests in Colorado.  For more on this majestic bird, visit the DPW’s species profile page, where you can read more about the birds and view a video on eagle watching.
Photo courtesy Colorado Parks & Wildlife