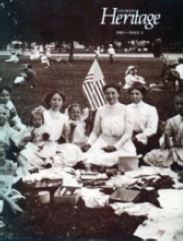 In 1983 Gov. Richard Lamm penned an article for Colorado Heritage magazine entitled “The Fourth of July in Colorado: A Perspective and a Hope.”  In it he told the story of how Independence Day had been celebrated in Colorado in its early days, including how celebrations went from partisan events to unifying ones; how boosters used the holiday to promote Colorado; how commemorations of Independence Day during the Civil War and the two World Wars were somber rather than celebratory; and how the completion of the State Capitol in 1890 brought with it one of the grandest 4th of July celebrations in the state’s history.

The article continues with stories and photos of parades, orations, picnics, and other celebrations from across the state through to the time of Lamm’s writing.  He concludes the article with the sentiment,

The Fourth of July [is] a good time to reflect on the history of this day.  I am proud that the western spirit of boosterism helped forge the nation, and that spirit yet remains in Colorado. The Fourth of July gives me pause and gives me hope.  Although our nation has been tempered by war, I am hopeful that we have learned from our history…I am hopeful on this Fourth of July that Colorado, America, and the entire world can beat the sword into a plowshare and wield it in the world war against poverty, ignorance, unemployment, and disease.

This issue of Heritage also includes an essay on an exhibit then showing at the Colorado History Museum.  “Landmarks of Liberty” offered “a rare opportunity for Coloradans to examine firsthand not only the Declaration, the Constitution, and the Bill of Rights*, but also works of art, correspondence, maps, and Revolutionary War artifacts.”  You can check out this and other issues of Colorado Heritage and its predecessor, Colorado Magazine, from our library.  Also search our library’s web catalog for more writings of Governor Lamm, including Copernican Politics; The Price of Modern Medicine; and Cooperative Strategies for the Developing West.  Also available are Lamm’s executive orders, proclamations, state-of-the-state addresses, and other documents. 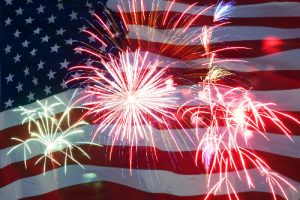