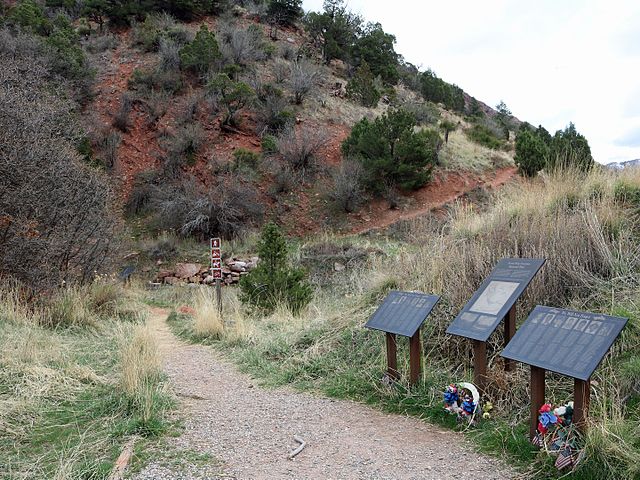 This past Saturday marked the 25th anniversary of the South Canyon Fire near Glenwood Springs, which claimed the lives of fourteen firefighters battling the blaze on Storm King Mountain. Caused by a lightning strike on July 2, the wildfire seemed manageable until July 6, when a shift in the wind caused the fire to suddenly change direction and explode, trapping the firefighters. 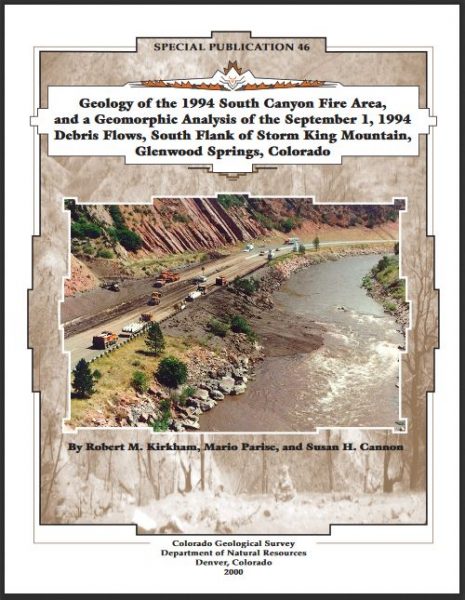 The summer of 1994 had been exceedingly hot and dry, and then-Governor Romer had issued a fire ban over the Fourth of July weekend. Several other fires occurred around Colorado in July 1994 as well. In our library collection you can find Governor Romer’s executive orders regarding the fire ban and disaster declarations. Later in the summer of 1994, the area that had been burned in the South Canyon Fire experienced a significant landslide, which you can read about in the Colorado Geological Survey’s report Geology of the 1994 South Canyon Fire Area.

In response to the disastrous fire season, the State of Colorado updated its Wildfire Hazard Mitigation Plan, in which you can read about the State’s response to the South Canyon blaze. (Current plans and other years’ updates can also be found in our library, along with many other resources on wildfires; search our online catalog.)

Today, visitors to the site can follow a memorial trail up the mountain in honor of the fallen firefighters.