You’ve finally done it. You’ve formed your book club. Congratulations, because just getting more than two people together in a room that they’re not getting paid to be in is a feat all in itself. Whether you finally got all the names you needed on your library’s sign-up sheet, got a firm commitment from everyone in your group chat, or learned enough co-workers’ names to stop by their desks, the hard part is over… almost. Now all you have to do is get multiple people with multiple opinions to settle on a book and a mood for your weekly (monthly, bi-monthly, etc) meetings.  Fortunately The Colorado State Library’s Book Club Resource has you covered! We’ve compiled a list of our favorite titles and paired them with some grown-up beverages to compliment your literary content and bring out the best (or at least, the most interesting) in your book club meetings! Bottoms (and books) up, readers! 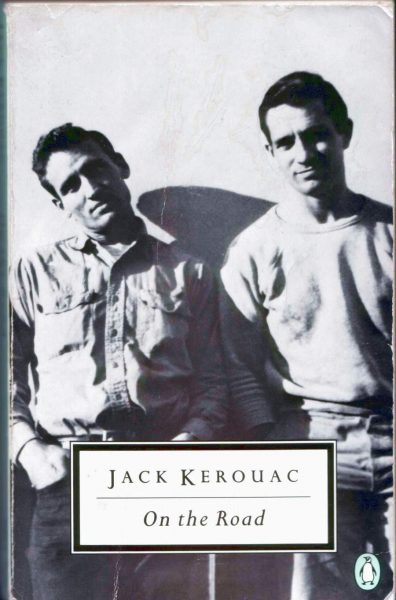 On the Road
by Jack Kerouac

Drink: 2 margaritas more than you should have had (and make sure to follow each one with a line about how much better they are in Mexico)

Mood: Arrange the room in a deliberately haphazard way: books strewn about, full ashtrays, meticulously chosen vinyl in second-hand crates. If you don’t own a record player, buy one. Bonus points if you can come up with a great story as to how you found it at a garage sale, in the basement of a dead relative’s home, or in a dumpster. Now that you have the aesthetic down, the key to really capturing the mood of this book for your fellow book club members is all in the discussion. You want to make sure and dominate the conversation as best you can, even if the topic turns to something with which you have little to no experience. The goal is to take the great human experience of self-discovery that has been happening for thousands of years, slap your label on it, and call it a revolution. Fortunately, (if you’re a man) this is relatively easy! 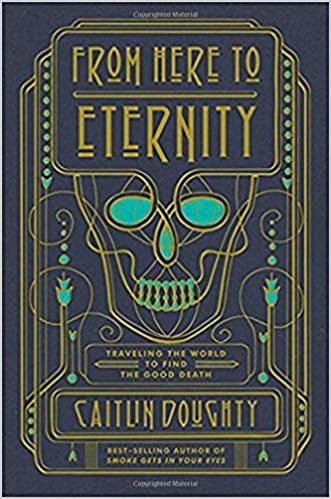 From Here to Eternity: Traveling the World to Find the Good Death
by Caitlin Doughty

Mood: Now capturing the essence of this book is going to be a little tougher than simply tricking an entire generation into thinking they invented self-expression. You want to place death front and center at every turn, but in a way that makes your fellow book clubbers feel like they want it. For example: If you lost a beloved family pet recently, drag (or dig) the little fellow back out. And don’t just casually place ol’ Ginger in a corner or on the mantel, make him/her the centerpiece of the room. Place some cheese cubes on him or use him as a makeshift cozy for the vodka bottle and pass him around! The point is to get your guests as up close and personal with death as possible through positive reinforcement. They’ll laugh, they’ll cringe, they’ll be wildly uncomfortable, but they’ll leave feeling strangely at ease! 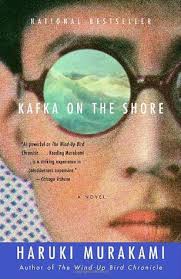 Kafka on the Shore
by Haruki Murakami

Drink: Johnnie Walker from the small thermos you brought with your lunch

Mood: This book club meeting must absolutely be a picnic. Choose a nice bench near a museum, lay a blanket out in an empty lot, or lead the group off into the woods and lose the trail! The goal is to include the element of surprise and maybe a little seeming chaos. If it rains, good. If it rains small fish, even better! After you’ve chosen your setting, you may want to reevaluate your guest list. If it seems to be only human book clubbers, you’ve done something wrong. The most important part of this meeting is that your guest list must include every cat in the area. Find them, invite them, feed them, and make sure to include them in the conversation. You may be surprised how much they have to contribute. One of them may even set you on the path to finding the other half of your soul! That is, after all, why you joined a book club, right? 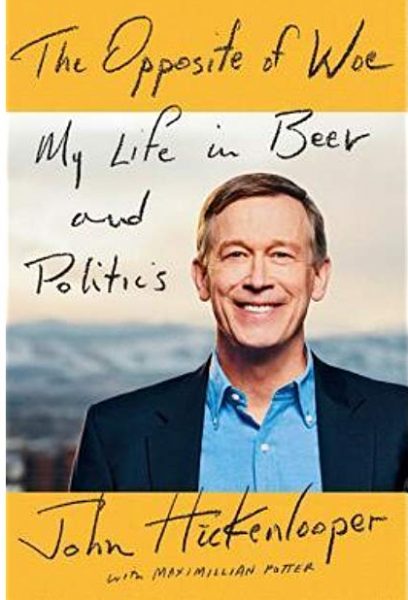 The Opposite of Woe: My Life in Beer and Politics
by John Hickenlooper

Drink: We’re pretty sure it’s a Wynkoop Mile High Pale Ale, but that might change if it’s an election year.

Mood: The key to creating the right atmosphere for this book club meeting is all in the publicity. Hint to your fellow members that it may or may not be happening at such-and-such a time or location. Build some intrigue, get your book clubbers talking. Maybe suggest that if this meeting goes according to plan, you’ll be hosting book clubs all over the country. You want to make sure that your fellow members are mostly excited about the meeting because of what it could mean for them. Timing is everything. Once the meeting finally does take place, have a regular discussion like any other day, serve your beer and crackers, and skip the next two years of meetings until you’re ready to start building some hype for the next time you host! 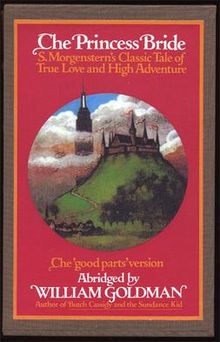 The Princess Bride
by William Goldman

Drink: Wine, but when your neighbor’s back is turned, switch your glasses just to be safe

Mood: In order to properly capture the mood of this book, your meeting must include two key elements. The first thing you need to do is to set the scene for a really classic book club meeting. We’re talking fire in the hearth, cheese plate, several bottles of merlot, and wine glasses with little identifying charms for each member. Wear the novelty t-shirt your book club Secret Santa got you two Christmases ago. You know, the one that says, “My book club only reads wine labels” (man, that shirt is hilarious). The second key element of this meeting is to treat the meeting itself as if it is a part of the discussion of the story. Narrate the conversation you are all having in the third person, including exclamations and interjections of each member who speaks (ie: “But I don’t think that was intentional on the part of the author,” Cheryl said in an attempt to remind us that she took a 6-week writing workshop at Naropa 3 years ago). If the discussion seems to be getting particularly heated or reaching a point of mutual agreement between members, break in to describe the large handful of chips that a member just took or how they tried to sneakily check their phone. If you get these two elements down well enough, no one will even know that you didn’t even read the book, but just watched the movie the night before!

Whatever book and beverage combo suits your book club, the Colorado State Library’s Book Club Resource has you covered with 5 or more copies of each title. So check our our full catalog and make some pairings of your own!