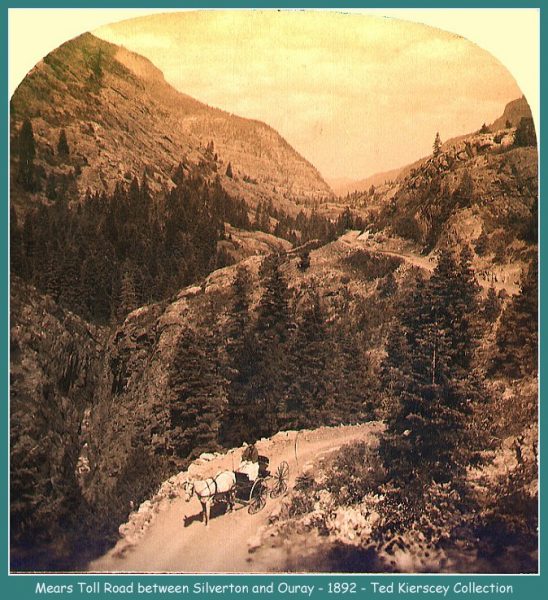 Where: Born in Russia and came to America at the age of 11.

Why Important: Built 450 miles of toll roads that later became most of the modern roads in southwestern Colorado.  He also built three railroads in the San Juan Mountains that helped develop the area’s mining wealth.

Otto Mears was born in Estonia, which was part of Russia in 1840.  He was orphaned at an early age and was eventually sent to live with relatives in San Francisco, California when he was 11. Mears worked very hard from the time he arrived in America until he joined the California Volunteer infantry during the Civil War. In 1864, Mears travelled to Santa Fe for a short time before moving to the Saguache, CO where he opened a general store and married Mary Kampfshulte in 1870. That business eventually grew to include hardware stores in several towns in southwestern Colorado.

Travel in Colorado was still very difficult at that time and Mears needed to find ways to move his goods around the region, so in 1870 he began building toll roads with the Poncha Pass Wagon Road.  He went on to build more than a dozen toll roads covering more than 450 miles.  Among these was the famous Million Dollar Highway between Ouray and Silverton, and by 1883 no one could get in or out of the City of Ouray without traveling over a Mears toll road.

In 1887 Mears built the Silverton Railroad to tap the silver mines on Red Mountain Pass between Silverton and Ouray. Because he was responsible for the railroad, Mears was able to issue passes to his friends, family, and colleagues for unlimited travel on his rail lines. He printed these special passes first on paper, then on leather, and eventually created them out of engraved silver and gold. Today, these passes are very rare and valuable. Mears later built four more railroads, including the famed the Rio Grande Southern Railroad from Ridgway and Durango. 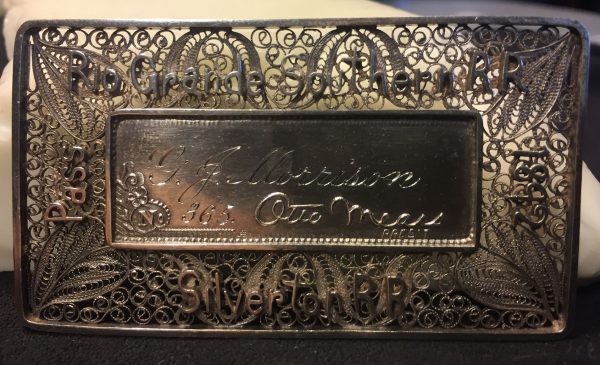 Mears wasn’t just a successful businessman. He was also very active in politics and involved in many of the treaty negotiations between the Ute Indians and the US Government. He spoke the Ute language and was a friend of Chief Ouray. Mears was also chosen as one of Colorado’s three presidential electors in 1876 and was elected to the Colorado Legislature in the 1880’s. Despite Mears’ many successes in Colorado however, the Silver Panic of 1893 hit his businesses hard, causing him to lose control of many of his Colorado enterprises.  In 1896 he moved to the east coast where he built the Chesapeake Bay Railroad, served as President of the Mack Truck Company, and built a railroad in Louisiana.

Mears returned to Colorado in 1906 and purchased a house in Silverton.  He continued to invest in mining activities and regained much of the fortune he had lost in the 1890s.  Otto retired to Pasadena, California in 1920 where he and Mary lived in the Maryland Hotel until Mary died in 1924 and Otto on June 24, 1931.