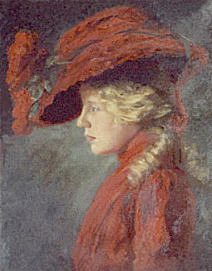 Why Important: Actress and Humanitarian; The Tony Award is named after her

Antoinette (Tony) Perry-Frueauff was born and raised in Denver. She became well-known in theater as a leading actress and director who opened doors for other women directors. She was an activist and humanitarian, which means that she was a person who tried to help less fortunate people succeed. In theater, the highest award for best shows is called the Tony Award (officially the Antoinette Perry Award),[footnote]“Shirley Booth to Appear in Central City Show.” Steamboat Pilot, July 30, 1953. CHNC[/footnote] first started in 1947. This famous award was named for her because she had helped to create opportunities for young people interested in theater and to encourage their talent. She helped oversee the auditions of 7,000 young people.

During World War II she formed the American Theater Wing War Service,[footnote]“Star Dust.” Eagle Valley Enterprise, September 11, 1942. CHNC[/footnote] which held fundraisers to raise money for the war effort. Another organization she helped with was called Stage Door Canteens. This organization helped homesick soldiers feel more at home. She also was responsible for helping with programs to entertain the soldiers while they were in the hospital.

Besides helping others, she was also a famous producer[footnote]“Unfair to the Fair Sex.” Aspen Daily Times, April 4, 1945. CHNC[/footnote] and director. One play she directed was a play called “Harvey,” which ran over seven years on Broadway and which was written by another famous Coloradan, Mary McDonough Coyle Chase. Her family’s ranch in South Park, Colorado, is called the Salt Works Ranch. This ranch is the oldest in Colorado and is a historical landmark.