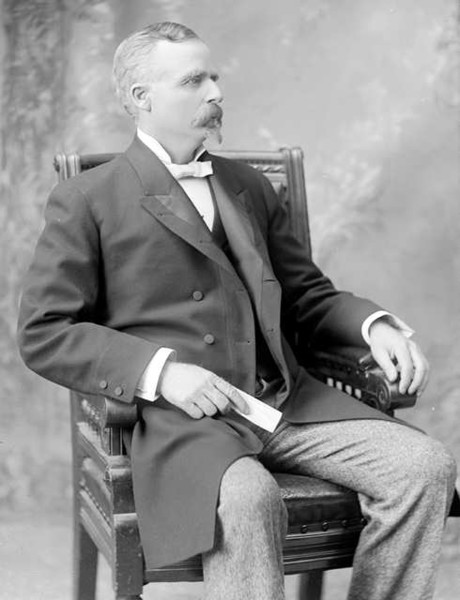 Why Important: Campion founded the Colorado Museum of Natural History, which is now the Denver Museum of Nature & Science. He also contributed to many other community organizations.

John Francis Campion was born in Canada in 1849. His family moved to California when he was fourteen. When he was seventeen, Campion ran away from school to fight in the Civil War and enlisted in the navy. After the war, Campion discovered the first of many successful silver mines in Nevada at the young age of twenty.

Campion made his second fortune from sugar beets. He and businessperson Charles Boettcher started the Great Western Sugar Company and brought sugar beets to Colorado. Campion also co-founded the Ideal Cement Company. And he was a co-owner of the Leadville Light and Power Company.

Campion was not only a successful businessperson; he was also an important community leader in Colorado. He was a leader in the Denver Northwestern Pacific Railway, the Denver National Bank, the Big Horn Land and Cattle Company, the Municipal Art League of Denver, and the Denver Chamber of Commerce. He also donated money to help build the Cathedral Basilica of Immaculate Conception in Denver.

Campion is probably best known for being a big promoter and organizer of the Colorado Museum of Natural History.[footnote]“Denver Gossip.” Yuma Pioneer, December 22, 1899. CHNC [/footnote] He served as the first president of its Board of Trustees. The Museum has been around for over a hundred years and is now called the Denver Museum of Nature and Science. The 600-piece gold collection that Campion donated is still on display today. Campion married Nellie M. Daly in 1895 and they had four children together. Campion died in 1916 at the age of 68.[footnote]“John F. Campion is Dead.” Plateau Voice, July 21, 1916. CHNC [/footnote] The community of Campion near Loveland, Colorado is named after him. Also, the bell in the east tower of the Cathedral Basilica of Immaculate Conception is dedicated to Campion.