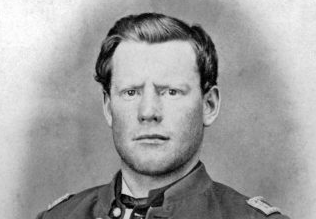 In Bath, Maine on July 26, 1838, Silas S. Soule was born. He grew up in Maine and Massachusetts in an abolitionist family and was taught that slavery was wrong. When Silas was sixteen, his family joined the New England Emigrant Aid Company, moved to Kansas Territory where Silas’ father helped set up the Underground Railroad near Lawrence, Kansas. During that time, Kansas desired to join the United States, however, its citizens could not agree whether to be a “slave-state” or a “free-state” and turmoil ensued. There were many skirmishes and incidents between the citizens that were “pro-slavery” and the abolitionists (anti-slavery). Silas chose to participate in some of these confrontations. He even assisted in the escape of an abolitionist that had been arrested.

In 1859, gold was discovered about 600 miles west of Kansas in what is now Colorado. Silas, along with his brother and cousin decided to try their own luck at prospecting and headed to the gold fields near Central City in May, 1860. Silas did not strike it rich and ended up working for a blacksmith. After the Civil War began in 1861, Silas joined the 1st Regiment of Colorado Volunteers.  [footnote]“First Cavalry Colorado.” Daily Mining Journal, December 26, 1863. CHNC[/footnote]

Company D was one of the companies under the leadership of Colonel John Chivington. The regiment was assigned to Fort Lyon,[footnote]“City Items.” Weekly Commonwealth, June 15, 1864. CHNC[/footnote] which had tribes of displaced Cheyenne and Arapaho Native Americans living in tents outside of the fort near Sand Creek. Unprovoked, Colonel Chivington ordered an attack on the Native Americans, which at the time consisted of older adults, women and children. Silas did not agree with this order and commanded his company to refuse to carry it out. Not one soldier in Company D fired his weapon on the tribes. This incident became known as the “Sand Creek Massacre.”