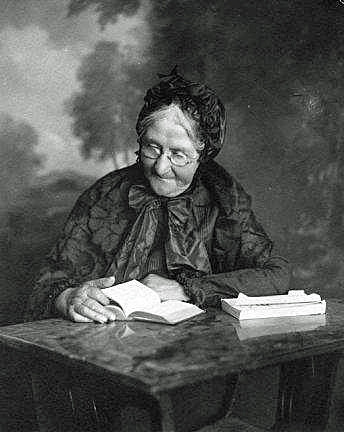 Where: Born in New Mexico and settled in Trinidad, Colorado.

Why Important: Simpson did charitable work at churches, schools, and hospitals. She also taught Spanish-speaking students.

Juana Suaso Simpson was born in 1827 in Taos, New Mexico.  She was the daughter of Teresita Sandoval, a notable female
pioneer. In 1835, when she was eight years old, Simpson’s family moved a short distance away to Mora, New Mexico. Her parents had received land there from the Mexican government. In Mora, Simpson’s mother met Matthew Kinkead. In 1841 her mother and Kinkead decided to move north. The Sandoval-Kinkead family settled in Fort El Pueblo.

At Fort El Pueblo Simpson met George Simpson. He was one of the men who helped build the fort. Juana wed George one month before her fifteenth birthday. They were married at Bent’s Fort by a notary public. The couple soon moved to Hardscrabble. This was a new farming community co-founded by George.

In 1844 they traveled to Taos to be married by a priest and to baptize their daughter, Isabel. In late September the couple left for Taos on horseback. Simpson carried her baby in a sling made from a shawl. Juana’s sister, Cruzita, and her husband, Joseph Doyle, also made the trip. The group was caught in a terrible snow storm. During the storm Simpson’s horse fell. She and her baby were thrown into the snow. On October 6, 1844 the group arrived safely in Taos.The Simpson family settled in Trinidad in 1865.1“Call for a Convention.” Trinidad Enterprise, July 25, 1873. CHNC  Trinidad was a young but growing town on the Santa Fe Trail. Simpson wanted to be independent. So, she taught herself to read and write. In Trinidad she taught Spanish-speaking students. Simpson also helped recruit people to build a bigger school in Trinidad.2Trinidad Enterprise, May 28, 1879. CHNC

Simpson had the love and respect of all who knew her. She did charitable work at the church, school, and hospital. Because of her kindness and accomplishments, the people of Trinidad called her “Doña Juanita.” Juana Suaso Simpson died in 1916 while with her daughter, Isabel, in California.