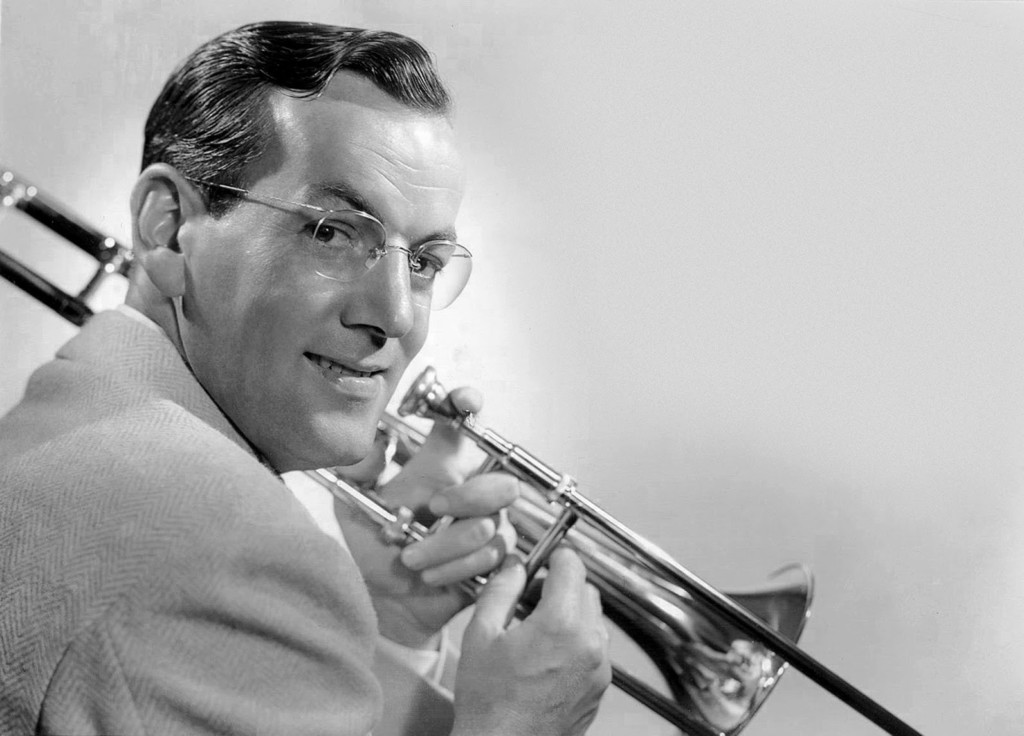 Where: Fort Morgan and Boulder, CO

Glenn Miller was one of the most popular musicians of the Big Band era. He was born Alton Glenn Miller in Iowa in 1904. Throughout his childhood, his family moved frequently, first to Nebraska, then to Missouri, then finally to Fort Morgan, Colorado during Miller’s high school years. At his Fort Morgan high school Miller became interested in big band music and formed a band at the school, where he played the trombone.

After graduating Miller enrolled in the University of Colorado at Boulder, but focused more on music than on his academic studies. Finally, after failing three of his five classes in one semester, Miller dropped out of the university and concentrated exclusively on music. At CU, however, Miller met Helen Burger, who he would later marry.

During the 1920s he played with numerous bands, mainly in New York and Los Angeles, including those of Tommy Dorsey and Benny Goodman. In 1937, Miller formed his own band for the first time, but it was not very successful. Then, through the development of a unique sound through the use of trombones, clarinets, and saxophones, Miller finally found success, and his band began recording for RCA Victor and Bluebird Records. Between 1938 and 1943 Miller enjoyed great success with some of the nation’s top-selling Big Band records, including some of his most famous songs, “In the Mood” and “Tuxedo Junction.” His band also appeared in two movies, Sun Valley Serenade[footnote]Steamboat Pilot, February 12, 1942. CHNC [/footnote] and Orchestra Wives.[footnote]“Orchestra Wives Features Well Known Band and Stars, at Chief Wed.-Thurs.” Steamboat Pilot, April 1, 1943. CHNC [/footnote]

When WWII broke out, Miller decided to join the war effort. He was accepted into the Army as a military band leader.[footnote]“The Star Gazer.” Camp Hale Ski-Zette, September 10, 1943. CHNC [/footnote] Soon he was transferred to the Army Air Force. In December, 1944, Miller was stationed in Bedfordshire, England. During a flight from Bedfordshire to Paris to play for the soldiers there, Miller’s plane disappeared over the English Channel. No one knows what happened to Miller’s plane, and his body was never found. Therefore, he has been listed as missing in action since that time. He was awarded a Bronze Star, given to his wife, Helen, after Miller’s death.