Where: Born in Laredo, Texas, moved to Denver 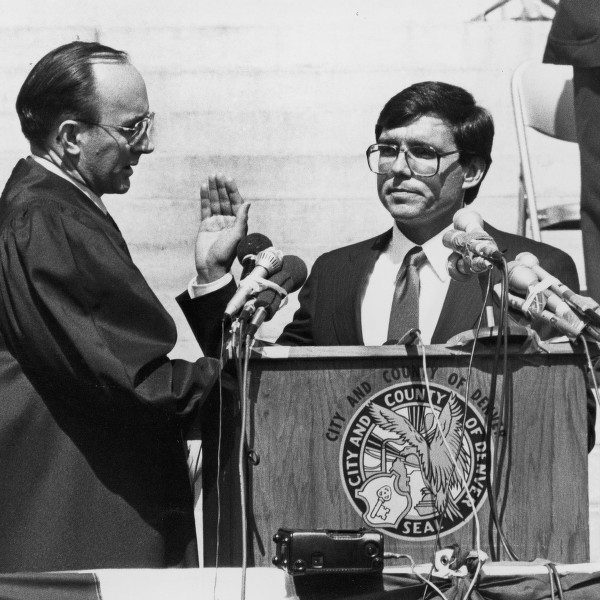 Federico was born in Laredo, Texas in 1947. He went to law school at the University of Texas Law School and worked as a lawyer for many years in El Paso, Texas. In 1973, he moved to Denver.

Federico worked for the Mexican-American Legal Defense and Education Fund. He worked very hard and was successful. This helped him get elected to the Colorado House of Representatives. In 1983, he decided to run for the mayor of Denver. His opponent, William H. McNichols, Jr., had been the mayor for fourteen years and was favored to win. But the underdog Federico won! He became the first Hispanic mayor of Denver.

Federico had a lot of energy and ambition. He started many new projects as mayor. He funded the building of the Denver International Airport, a beautiful library in downtown, a large convention center, and a new baseball team for Denver, the Colorado Rockies. Federico was also interested in art and saving historic buildings. He created thirty-three historic districts and designated 350 individual landmarks. The people of Denver liked the work that Federico was doing for them and the city and reelected him to a second term as mayor in 1987. Federico decided not to run for a third term in 1992; he had other ambitions.

Peña served the White House when President Clinton named him Secretary of Transportation in 1993. Then in 1998, he returned to Denver. Peña Boulevard, leading to the airport, is named for him.