Elvin R. Caldwell was born in Denver on April 11, 1919 and grew up in the historic Five Points neighborhood, which was a predominantly black neighborhood at that time. Though Caldwell’s family and many of the families in his neighborhood were prosperous, they faced racial discrimination, inequality, and exclusion from white Denver society. Caldwell’s parents, Wilba and Inez, fought against this discrimination, setting an example for Elvin that would inspire him and shape the rest of his life as an advocate for equality. Caldwell graduated from Eastside High School in 1937 and received a track scholarship to the University of Colorado and later, the University of Denver.

In 1941, Caldwell married Frank “Frankie” Harriette Webb, a teacher, and the couple had four children: Elvin Jr., John, Kenneth, and Frances. During World War II, Caldwell served as a chief statistician and assistant superintendent for production at the Remington Arms Company. After the war ended, many of Denver’s black residents lost their jobs to returning white servicemen, while many returning black servicemen faced discrimination back home in the country they had fought for. Caldwell firmly believed that all Americans were equal and deserved full rights, so he took his fight to the Colorado State Government. 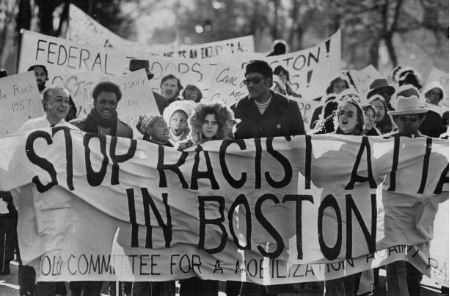 In 1950, at age 31, Caldwell was elected to the Colorado House of Representatives where he served until 1955 when he was elected to the Denver City Council, making him the first African American to serve on a city council seat west of the Mississippi. Caldwell served on the Denver City Council for 28 years, with five years spent as president of the council. During this time Caldwell was deeply involved with the Denver Urban Renewal Authority (DURA), which was created to eliminate slum housing with assistance from Federal Grants. He also fought against discriminatory lending practices by banks, which refused to offer home loans in predominantly black neighborhoods. Until the 1970’s, nonwhites were barred from serving as judges or being promoted within the police force and could only serve in the one African American fire Station. Caldwell persistently contested these practices and under his leadership, Colorado implemented its first Fair Employment Practices Act. In 1980, Denver Mayor William H. McNichols Jr. named Caldwell Manager of Safety, making him the first black member of a Denver Mayoral Cabinet. 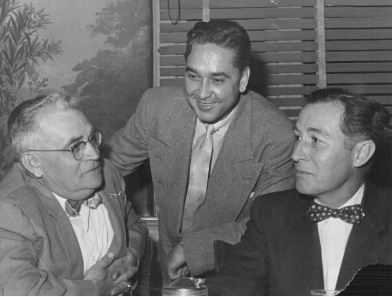 In addition to his years of political service, Caldwell was actively involved in many community organizations. He served as a board member for the Glenarm Branch of the YMCA, the Boy Scouts of America, and PAL of Denver. He also served on the board of directors for the National Association for the Advancement of Colored People, the Opportunities Industrialization Center, The Denver Improvement Association, the Five Points Businessmen’s Association, and the Colorado Municipal League. To honor his service and dedication to equality in Colorado, in 1990, the Denver City Council created the Elvin R. Caldwell Community Service Plaza. In April of 2003, the Blair-Caldwell African American Research Library opened its doors bearing his name, just 1 year before his death in April 2004. Elvin R. Caldwell was a tireless champion of the Civil Rights Movement, a steadfast advocate for equality and a deeply passionate community leader who dedicated his life to making Colorado and the United States a better place for all people.