In the summers of Colorado, a century and a half ago, larger wildlife could be found milling about in abundance. However, with the completion of the transcontinental railroad in 1869, the incredible slaughter and decline of the bison was just beginning. The mountains, however, held a deadlier large mammal that would also be vigorously hunted. It was the bear. 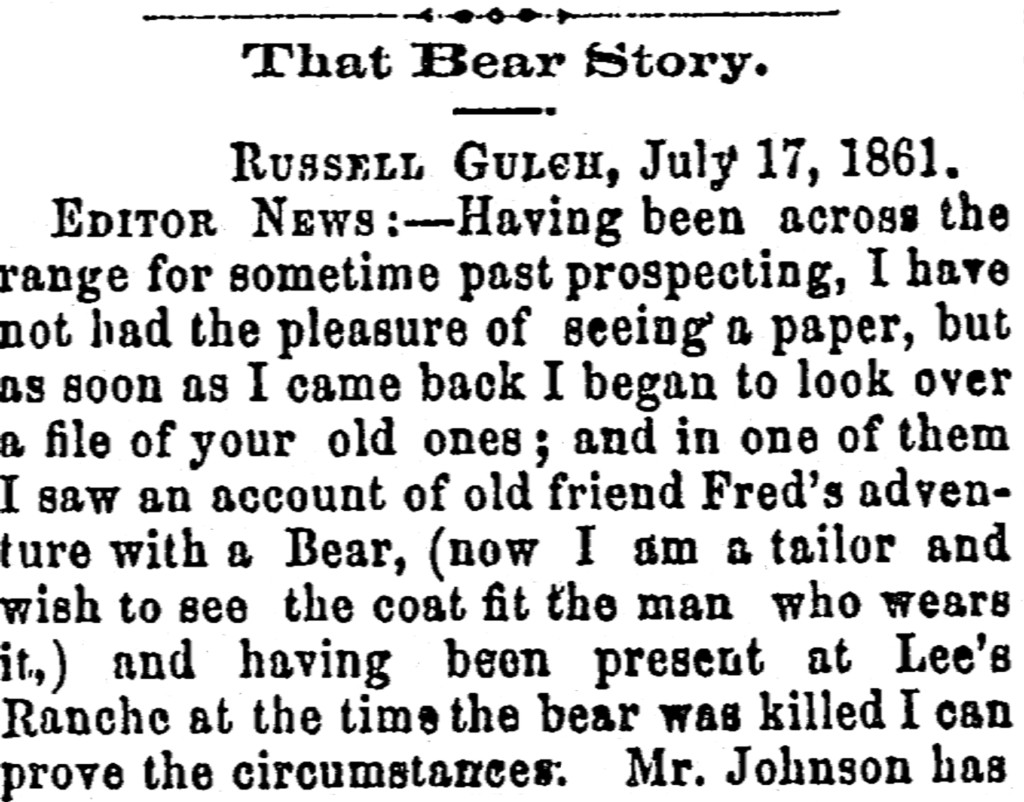 In the mid to late nineteenth century,  Colorado still had quite the brown bear population, which included the grizzly. There were also plenty of black bears, including a lighter colored subspecies often referred to as “cinnamon.”[footnote] Daily Register Call, July 27, 1873. CHNC [/footnote] A distinct difference between the two types of bear is that black bears are omnivorous, while brown bears are carnivorous. Neither, however,  are keen to their area being disturbed and their habitat encroached upon by humans. Run ins with bears and miners were common and often made the local news.

An agitated bear can be quite fearsome. As the early Colorado mountain inhabitants were to discover, shooting one down could be difficult, as it would take more than one round from a significant rifle to even cause a bear to slow down when ill-tempered.[footnote]“That Bear Story.” Rocky Mou
ntain News, July 23, 1861. CHNC[/footnote] The successes of which could provide a bountiful source of meat for a while.[footnote]“A Bear Story.” Colorado Miner, July 24, 1880. CHNC[/footnote]

Success at scaring away or killing an attacking bear was not always to be had, as “old-timer” mountain man, “Rocky Mountain Jim”, from Central City was unfortunate enough to experience  in July of 1871. He tried in vain to kill the bear, but to no avail. He was severely mauled,

“[The] bruin’s next blow fell upon his head, tearing half the scalp clean from the skull and cutting a fearful gash under the ear.” 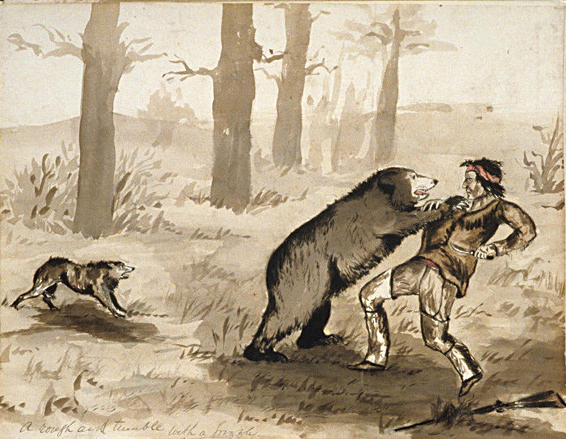 These were not poor Jim’s only injuries. He lost an eye and his hands and feet were nibbled on. Somehow, Jim survived, managed to drag himself to his horse and make his way to Idaho Springs where a doctor visiting from Georgetown was able to give Jim medical attention. He was in extremely critical but stable condition when the incident was reported.[footnote]“Exciting Struggle with a She Bear-Rocky Mountain Jim torn to pieces.” Daily Register Call, July 9, 1871. CHNC (scroll down)[/footnote]

It was best to simply avoid bringing attention to oneself in bear country, if one could, as the toll-gate keeper in Lake City opted to do, when a “cinnamon bear trotted by within a few feet of him” and wisely decided not to attempt collecting the toll.[footnote]“The State.” Denver Daily Times, July 31, 1877. CHNC[/footnote]

The brown bear population became extinct in the lower forty-eight states by the mid-twentieth century due to mass killings of the beasts. Small populations exist today in Montana and Washington, while a much larger population exists in Alaska, including the famous grizzly. 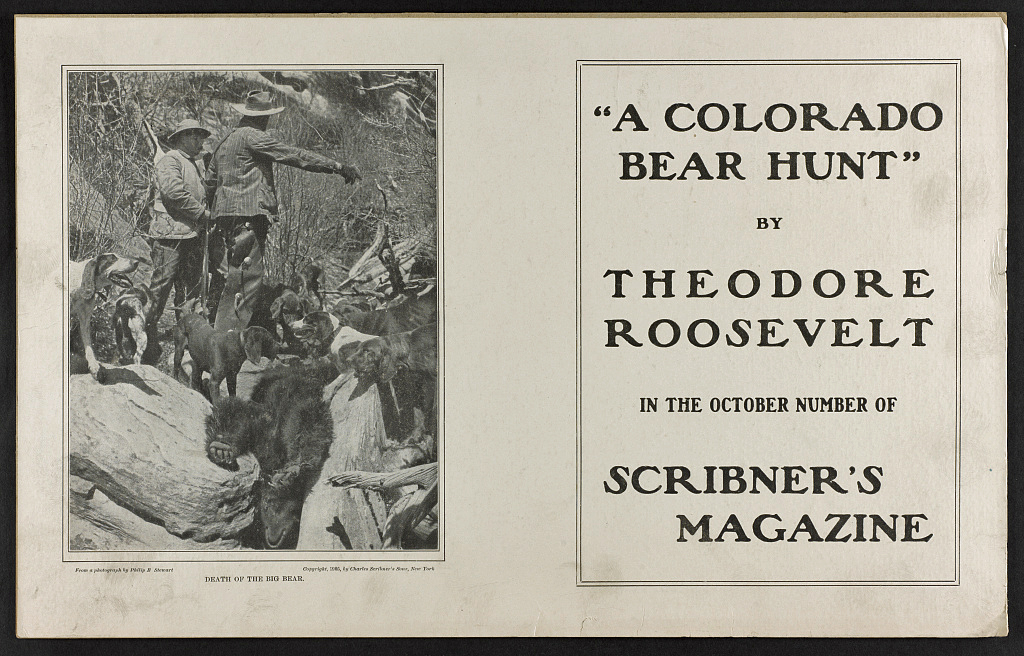 Black bears, however, continue to be a problem. More so, in the way of nuisance than attack, as was just reported last week in the Denver Post.  While a black bear may be smart enough to somehow get IN your car, they are not as smart about getting OUT and tend to panic.

Despite the early Coloradans’ attempts to wipe out all bears from the mountains, who today believes mountains are mountains without bears? It is all part of Colorado living and always has been. Let’s just hope that any encounters that may happen upon you are more like the toll-gate keeper’s, rather than “Rocky Mountain Jim’s.”