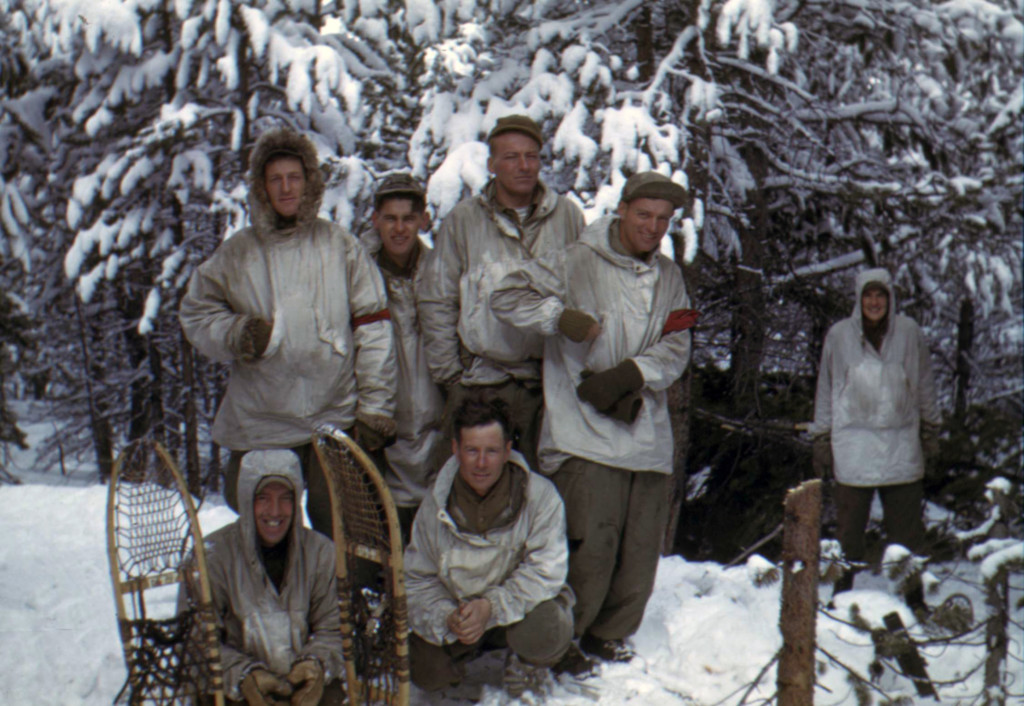 In January 1945, the Germans had secured a foothold in the Northern Apennine Mountain Range in Italy. They believed themselves impenetrable atop the mountain, as the only way to sneak upon them would be to rock climb up the side of the mountain. Their lack of confidence in any Allied troops was such that they didn’t bother guarding the mountain ridges at night, preferring to sleep. This was a mistake. For the United States Army had in fact trained such a division of soldiers for just that job. They were the 10th Mountain Division and their training was primarily done at Camp Hale, located in the Eagle Valley of Colorado.

The specialized army division for mountainous infantry was initially activated in December 1941. Civilians with previous skiing skills were recruited and training initially began at Fort Lewis, WA. They eventually moved to Camp Hale in Colorado in 1942 and the original name given was the 10th Light Division (Alpine). In November 1944, just prior to deployment to Europe, the division was renamed the 10th Mountain Division.

By January 1945, the division found themselves in Italy. Their destination was the Apennine Mountains to rid it of the Germans. A base camp was set up and shortly after, on this very day seventy-one years ago, a newspaper for the division was created. The Blizzard is one of the most interesting newspapers in the Colorado Historic Newspapers Collection!

The division was there to do a job however, and by February 18, 1945, they began stealthily climbing up Riva Ridge during the night with cloth around their pick axes to dampen the noise of climbing.  The Germans of course, since they were sleeping, were caught completely unaware and easily over taken by the next day. That was battle number one. Battle number two was going to prove more difficult and costly. The next objective was to secure Mount Belvedere.[footnote]

“Battle Around Belvedere Spreads to Sector on Right.” The Blizzard, February 21, 1945. CHNC[/footnote] This battle took a few days, as the Germans were a bit more prepared for the onslaught and fought vigorously. However, the 10th Mountain Division emerged victorious, but with many casualties.[footnote]

The 10th Mountain Division continued to be victorious in battle and managed to apprehend the mountain range all the way until it meets the Alps. Initially the division was to be sent to the Pacific, but the Japanese surrendered in August[footnote]“The Long Voyage Home.” The Blizzard, August 9, 1945. CHNC[/footnote] and the division was demobilized in November 1945. Many returned to Colorado (as well as Montana and Wyoming) and were paramount to the establishment of Colorado’s ski resorts. In fact, Camp Hale is on the National Register of Historic places and there are plans to extend protection of the site by Senator Michael Bennet to be “the nation’s first National Historic Landscape.”[footnote]“Bennet’s plan for Camp Hale celebrates 10th Mountain Division legacy, protects recreation.” Blevins, Jason. Denver Post, May 30, 2016.[/footnote]

There were two amazing resources consulted for this post (in addition to The Blizzard), that must be highlighted. The Radio Diaries podcast of veterans from the 10th Mountain Division (including one Bob Parker [footnote]

“Finds Atheist in Foxhole-It’s Himself.” The Blizzard, February 27, 1945. CHNC[/footnote]) and their experiences training and on the battlefront. The Denver Public Library, who not only provided the fantastic images (there are oodles more! It was so difficult to choose!),  have a splendid 10th Mountain Division archival and photograph collection.   History Colorado holds the 10th Mountain Division artifact collection.  Much of both of these collections has been digitized.